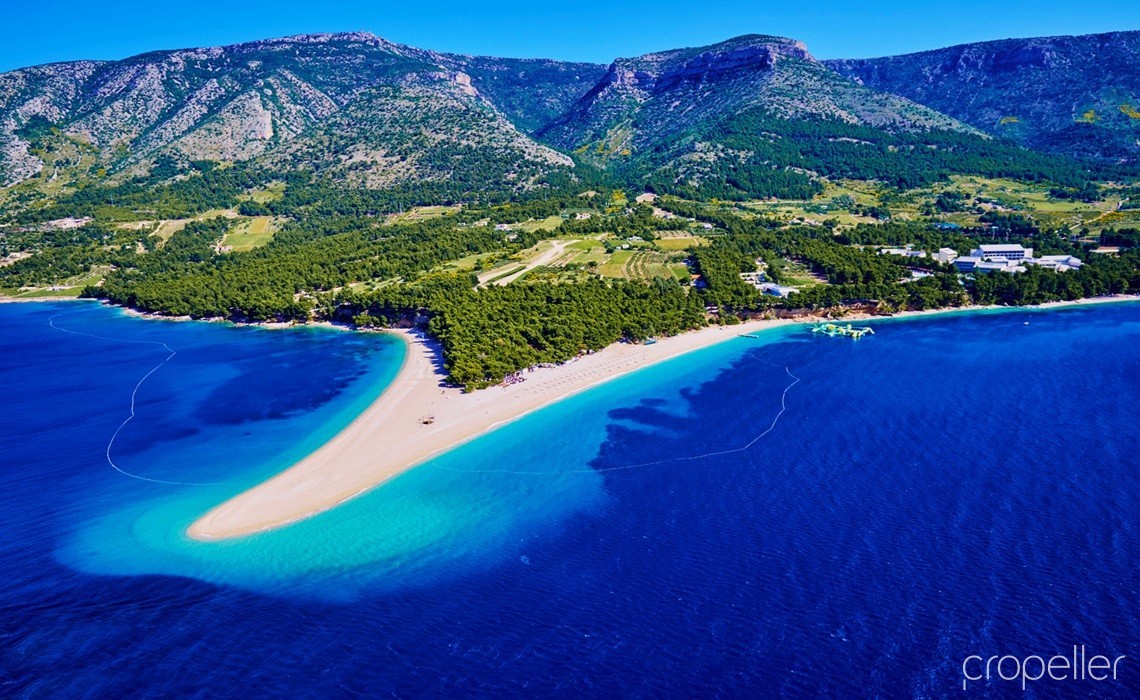 Brac is island well known for its beautiful small places, one of the most beautiful are Milna and Bol. Here we will write some infos about those two places, but you must know that on our way to Milna or from Milna to Bol we have many beautiful sights such as famous vineyards on southern hills of Brac or Zlatni rat beach near Bol.

Milna, a tourist destination and harbor on the island of Brac, lies 20 km south west of Supetar, a ferry port to boats that connect Split with Brac. Since the bay of Milna is the safest and best harbor on the island, a marina with 200 berths has been built in the bay. The settlement developed in the 16th century when an aristocratic family decided to build a fortress and church there. Apart from its magnificent architecture and Mediterranean ambiance, Milna is known for several bays with sandy and pebble beaches, such as Pasikova, Lucice, Maslinova and Osibova, ideal for families with small children.

Bol stretches few kilometers along the coast. The sea in front of it is crystal clear, transparent waves resemble a cut crystal. Bol has many beautiful beaches. To the west from Bol lies the beach Zlatni rat (Golden Horn) one of the largest and most beautiful attractions of the Adriatic. Like a small tongue it extends nearly half a kilometer into the clear blue sea. It “grows” with the depositing and sedimentation of small gravelly pebbles around the underwater reef. The point of the Zlatni rat (Golden horn) changes shape, attempting to conform to the will of the waves and gentle sea currents. Dominican monastery, rising in the holy peace is located on the east side of Bol, at the peninsula Glavica.

Its museum has a rich archaeological collection and diverse valuable objects and paintings. The urban core of Bol is shaped along the port. There are baroque summer residence, Loza with a little church, renaissance-baroque palace with an art gallery inside it, parish church, little market and Kastil. Stylish buildings modestly fit the harmonious houses made in the original national architectural style.

Sightseeing in Bol and swimming time at the multiply awarded Zlatni rat beach. Free time for a lunch pause
4

Swimming and snorkeling time on another attractive nearby beach
5

Anchoring in Smrka Bay and entering the military tunnel
6

Ending our tour in Split / Trogir

In the event of extreme weather conditions or due to any other unpredictable circumstances, or in case of any weather and/or other situation that the skipper evaluates as dangerous or uncertain for the passengers safety, the itinerary can be adjusted or changed.

Contact us to check availability, get detailed description of the excursion and the best price for the selected dates.

Other recommended tours for you

Other services ready for you

For a unique experience, enjoy the extra comfort and tailored services offered by our team. Lean back and enjoy. Let us take care of your wishes and needs. Anytime. Anywhere.